Continuing slowly with my plans to do some 18th century horror games, I've nearly completed a selection of timber framed scratchbuilt houses. They are not quite finished and require the addition of chimneys and a coat of paint on their roofs, although looking at them, I don't mind the dark slate look.
The buildings are made from a foam-core base with coffee stirrer framing and cardboard shingles. The window frames are cut mdf from Warbases laid over a square of plastic, to give the illusion of glass. All in all fairly simple builds, but effective enough to represent what I want.
I am particularly proud of emulating (read, blatantly copying) the amazing tutorial of Captain Richard which he posted by request on his blog. My attempts are shown in the 3rd, 4th and 5th images below, and consist of using brick textures printed onto paper and card, which are applied directly to the walls of the buildings. My efforts pale in comparison to Capt. Richards' own projects, but his method has opened up a whole new way of doing things.
I have made 8 of these in total, including a large "gate building", but will require quite a few more for an entire village. 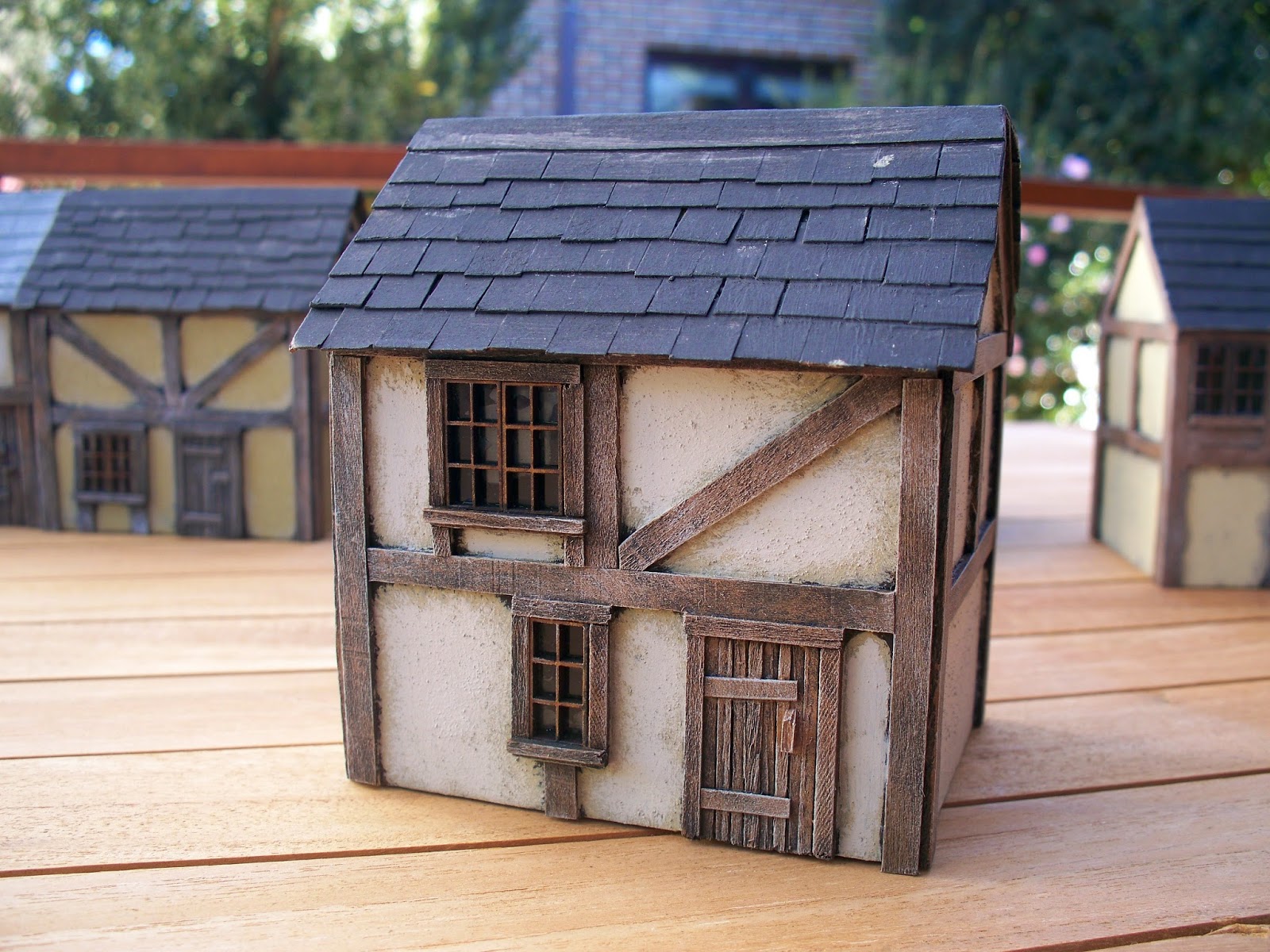 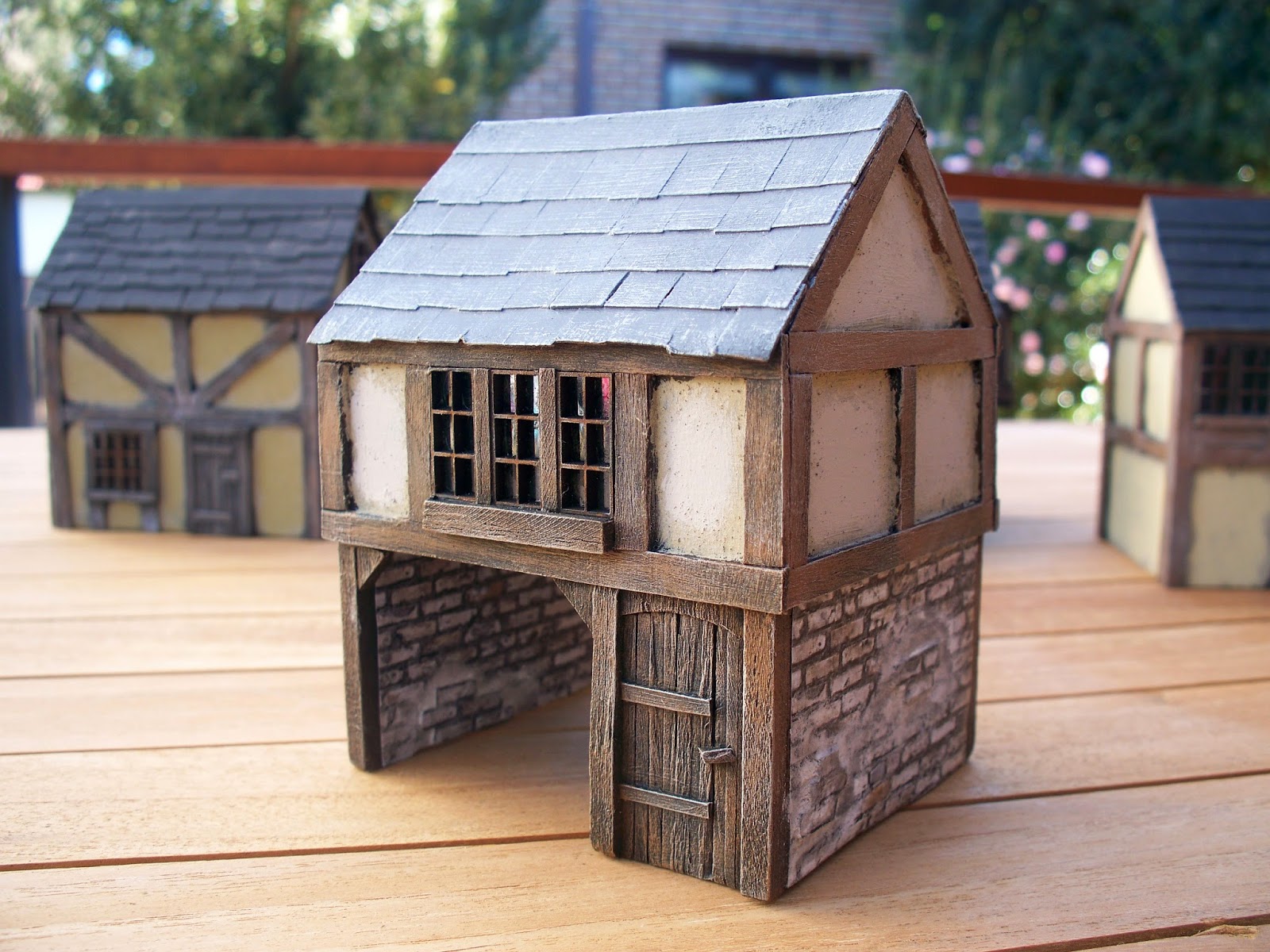 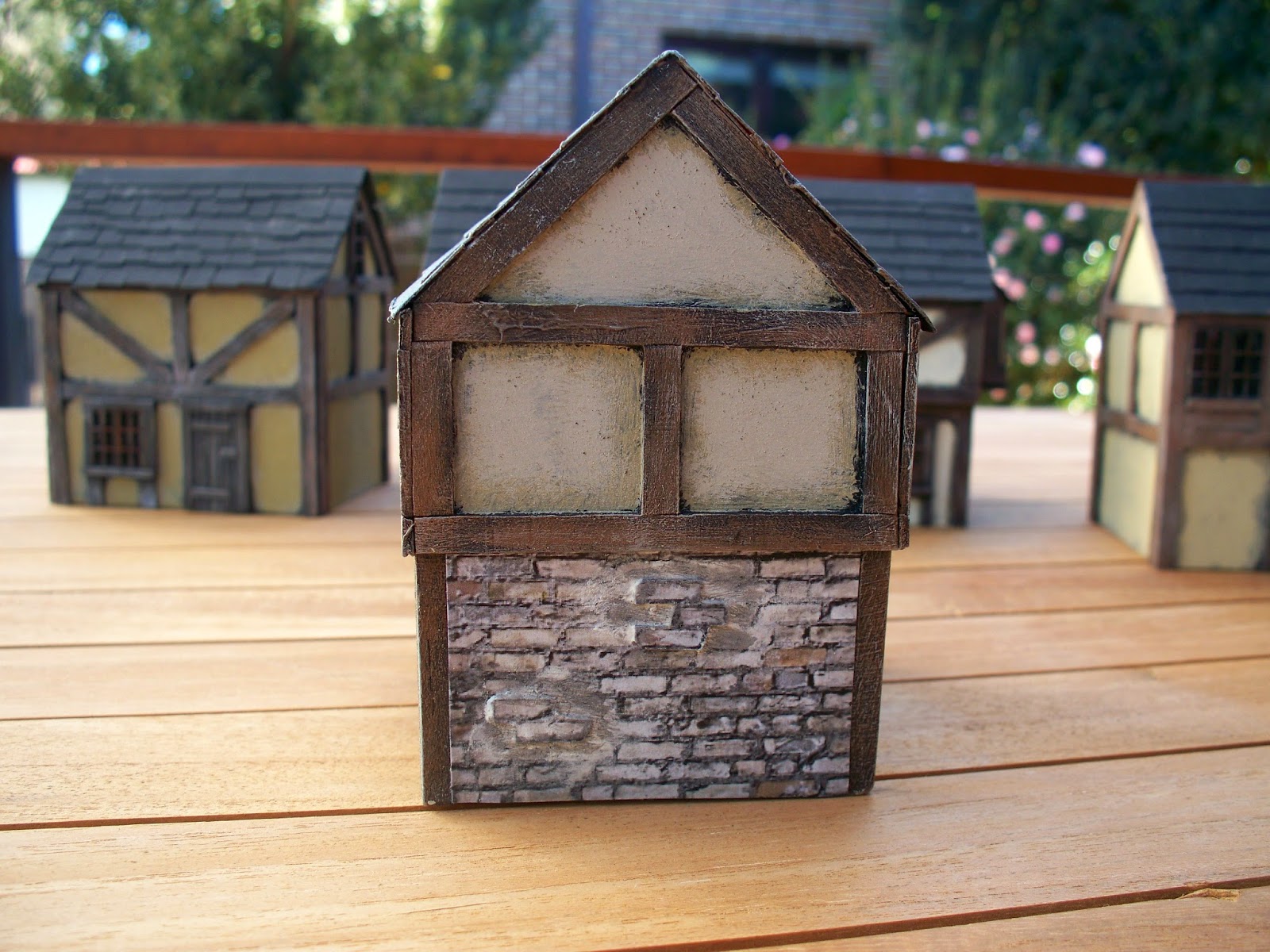 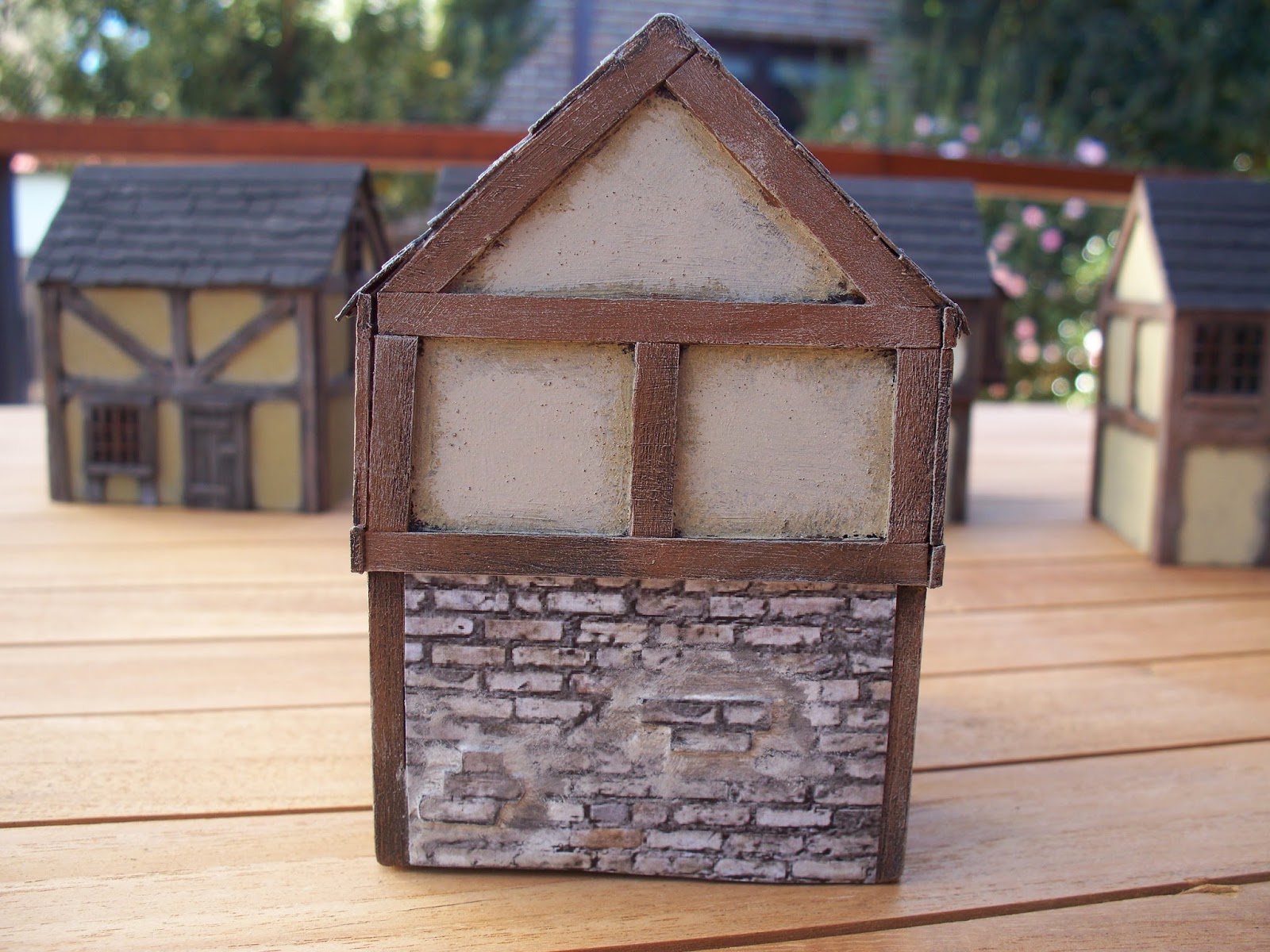 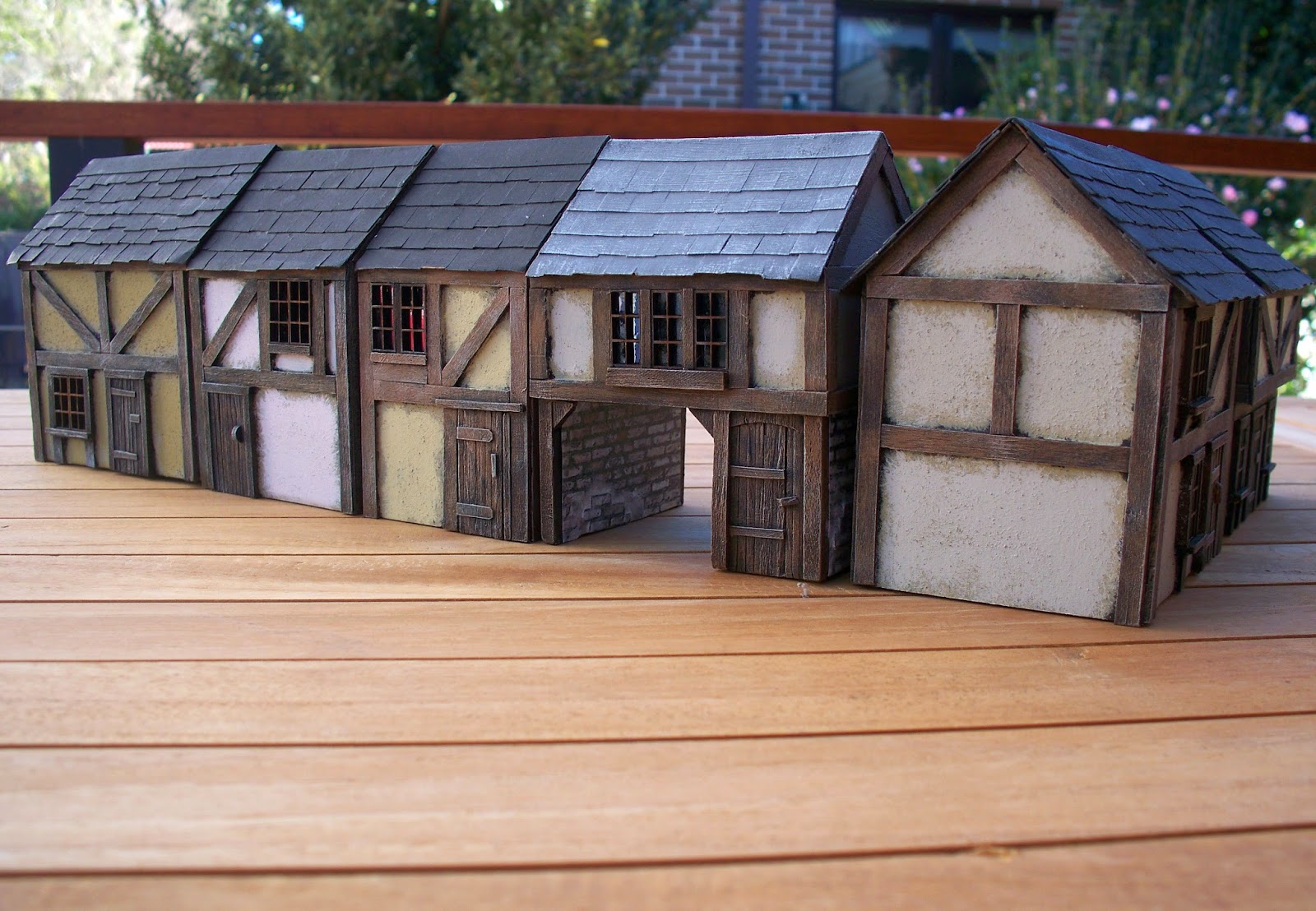 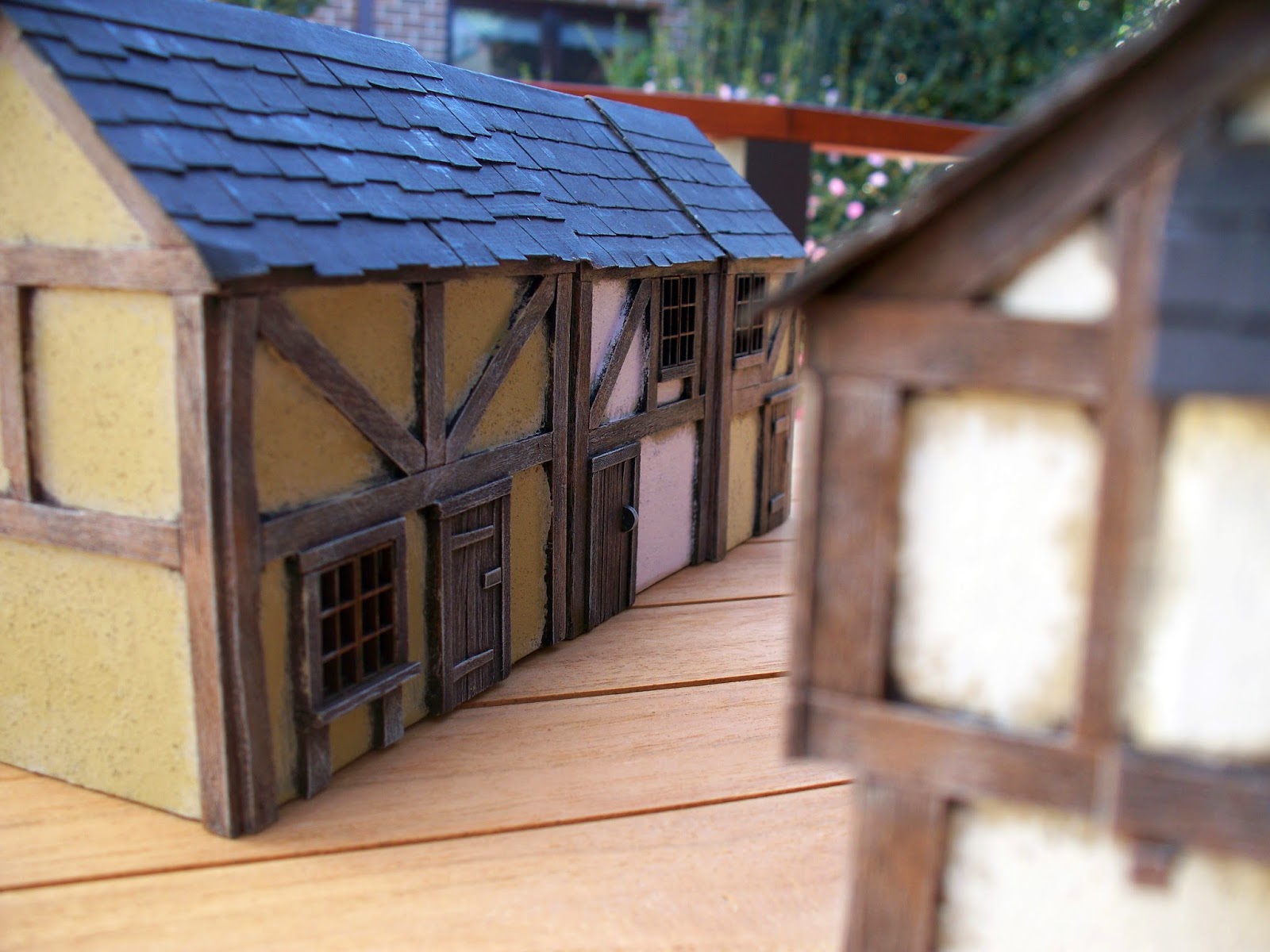 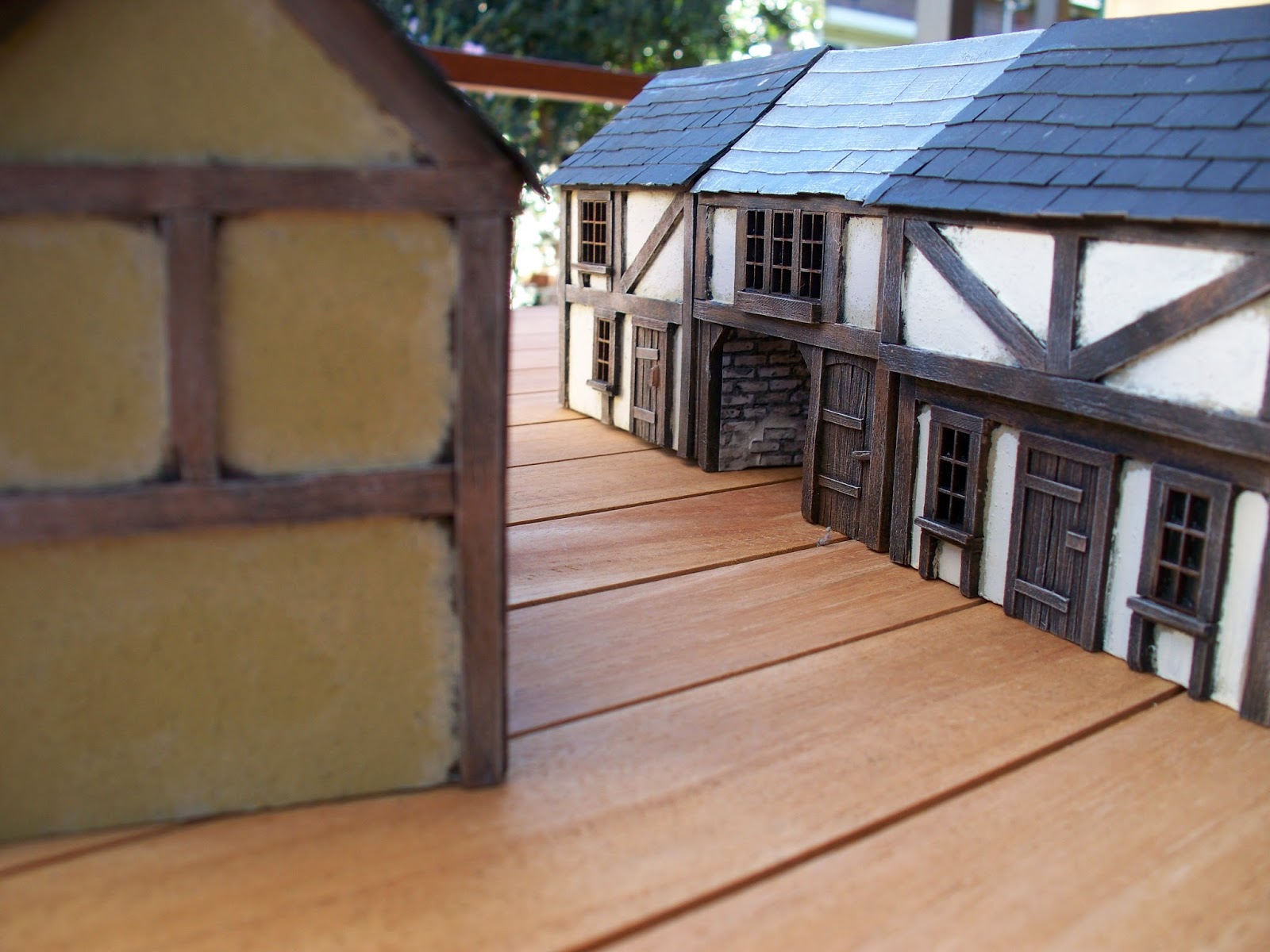