This is the first Blood & Plunder ship I have completed, the Sloop. All in all I am very happy with the quality of this piece and equally pleased with the finish I've managed to achieve. Everything pictured here comes as part of the kit, except the sails, which are made from calico. The rigging was a bit fiddly, but not overly hard and in my opinion adds a lot to the finished model.
You can buy a sloop of your own from Firelock Games. 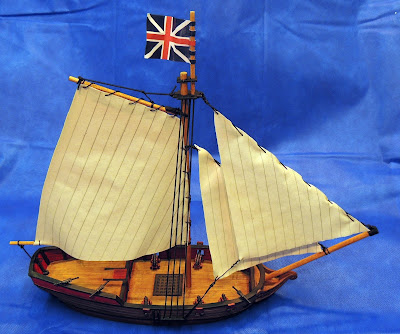 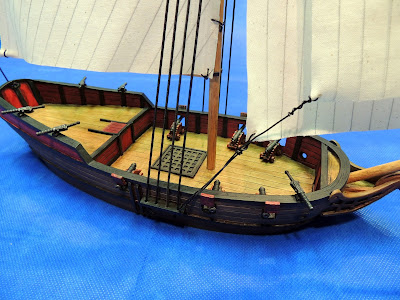 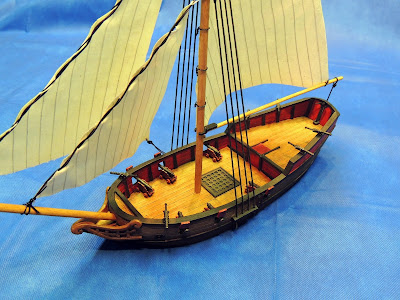 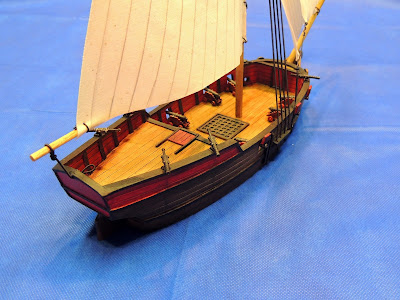 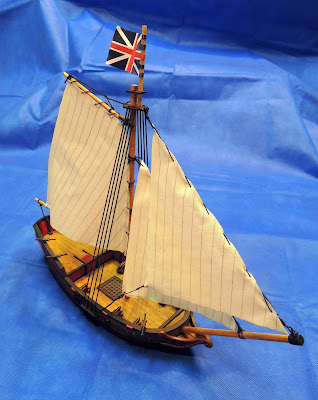 For my Blood & Plunder table I plan to utilise an existing pair of 2" high terrain boards that will sit on top of a "water" cloth. The problem is of course the 2" high difference between the land and the sea. So I require a harbor or port wall to separate the two and to integrate with the gun battery.
The wall is constructed using exactly the same techniques used in making the gun battery, albeit much simpler as there is next to no cutting and NO angles. To break up the monotony of a plain wall I decided to insert a wooden pylon mid way. This led to the idea of hanging a gibbet from the pylon, as a "welcoming" to any newcomers to the port. A short tutorial follows of how I made the gibbet and it's post. 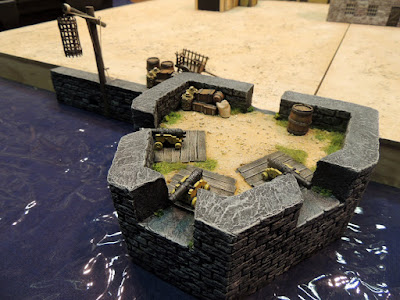 If you have any questions don't hesitate to comment below.
Posted by Furt at 5:00 PM 14 comments

It has been close to a year since I last posted here, which is a bit of a shock really; the reasoning behind a lack of posts is not through a lack of playing games although. I'm glad to say it is the complete opposite and that I'm playing more games now than ever, just not as much war gaming as I'd like to, more role playing and board gaming. Sometimes a skirmish game comes along although that really grabs my attention and wants me to drop everything else and get building and playing. Enter Blood & Plunder.
Blood & Plunder, from Firelock Games, is a 28 mm historical miniatures war game set in the 17th century during the golden age of piracy. Not only are the rules innovative and clever, but they have a great range of period miniatures to support it and an amazing selection of resin ships. One of the first posts on this blog was concerning piracy and ships, so it's a subject close to my gaming heart. I've yet to actually play a game of Blood & Plunder but from what I've seen it ticks every box for me, with streamlined and convincing ship combat.
I have decided to run demonstration games of Blood & Plunder at MOAB in October with some mates, because I really want to show off this system and want it to do well in Australia. So thoughts have immediately turned to a table layout and the necessary terrain. Because we will be demoing both land and sea combat we need a combined land/sea table.
Part of that table planning led me to design a small gun battery. What follow are the steps I took in it's construction. Enjoy.
And there it is, a port gun battery. If you have any questions don't hesitate to comment below.

Here is the accompanying port wall and gibbet.

Also please don't forget that Blood & Plunder's current Kickstarter No Peace Beyond the Line is in it's final days and is well worth looking at. It caters to some new factions, but someone wanting to get into Blood & Plunder can still benefit from pledging. 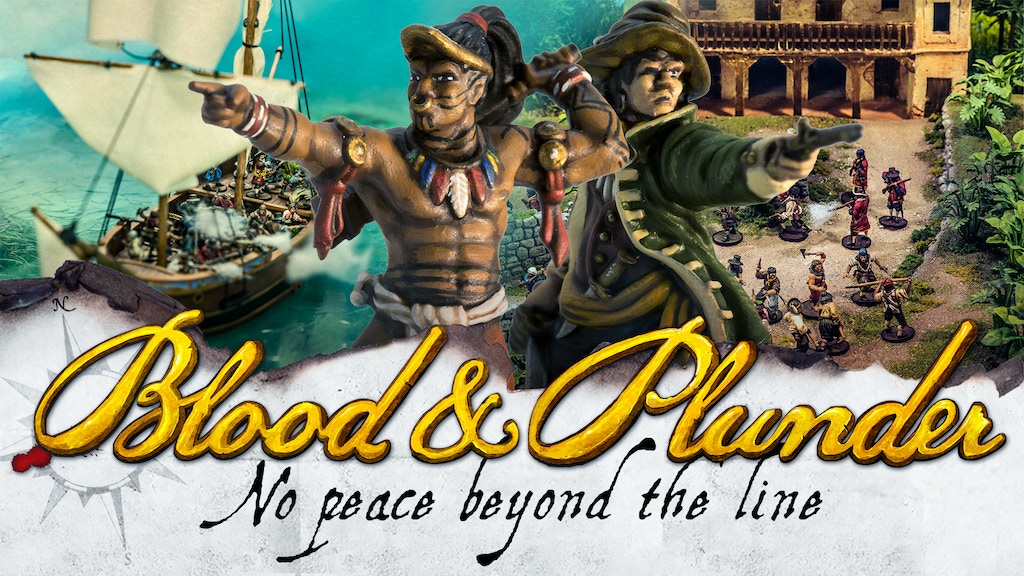