I have always been a big fan of Thomas Foss, of Skull and Crown fame and his beautiful and wildly inventive Wooden Wars game, admiring especially the captured expressions of the young war-gamers who have experienced it first had; but when I first caught a glimpse of Thomas' latest venture, Galleys, Guns & Glory, I knew I had to be involved. I approached Thomas and was lucky enough to be allowed to play test GGG.

GGG is a game of renaissance galley warfare, the likes of which, were under taken throughout the Mediterranean during the 16th century. The most famous conflict of the time was the Battle of Lepanto, the last major naval battle fought in the Mediterranean entirely between galleys. The period and the weapons of war involved are so uniquely different and fascinating from other naval eras.
The most charming appeal of GGG, and what grabbed my attention initially, are the beautifully crafted "flat-pack" galleys that Thomas has designed and produced for the game. It is really hard to believe that a simple collection of jigsaw like components go together so easily and can produce such lovely looking models. Thomas has really thought of everything on these galleys, from their authentic appearance, including their flags and banners, to the smoke markings, which not only look cool but serve a function in the rules.

I had the opportunity to play test GGG again recently and had a great time. The rules are still WIP but are close to completion. They are fun, with many tactical choices, but simple enough to be played during conventions and the like. I personally have only played with a handful of models, which works fine, but I think the game would work best with a greater number of galleys, with multiple Capitanas (players) per side. I look forward to trying the rules out on a larger scale.

What follows is a AAR of our game.

This proved to be a very exciting engagement and a very close run thing. The Maltese were outnumbered 3 to 5, but possessed good saving throws due to their heavy armor. Some brilliant saves in the end won the battle, stealing victory from the very jaws of the despicable Barbary corsairs, in what initially looked like a clean sweep.

I'd love to try GGG with three "wings" as it is intended, including the morale rules that govern if a wing flees mainly due to the loss of her flagship. We did not try the morale rules in this small engagement , which could have very well changed the outcome.

Some Old Pics for Blood on the Sands

While working on Blood on the Sands I was looking through one of my image folders with heaps of pics from our play test games. There are so many pictures with stories that have now unfortunately been lost to my memory, but were no doubt worth taking at the time. It's been a while in between posts, so I thought I should share a couple of them here.

A heads up about an Aussie painting service launching over at Gunners Wargaming Blog. Gunner is a fellow New South Welshman who up until recently has only ever done commissions for friends.

Gunner is currently running a give away to help promote his new painting service. The offer is for some free painted miniatures and can be found here. How could I pass up on that!

Gunners prices can be found here, and seem very reasonable.

There are some nice examples of Gunners' work displayed there, which includes some green stuff conversions as well.

Good luck with the venture mate.

Blood on the Sands to be Published!

For what has seemed like an eternity, I have finally secured a publishing contract for my gladiator game, "Blood on the Sands".

Some time ago, I was graciously approached  by a publisher, who had taken an interest in BotS while perusing this blog and the lengthy LAF post here. An avid gamer himself, he liked the look of the game, but more importantly he understood the plight I faced - that of not knowing how to complete this body of work alone.
After a period of play testing and a thorough deconstruction of the rules, the publisher agreed that we had a product here. More importantly, a product that was fun and evoked passion and excitement from his players. What more could I ask?

Now the contract is signed, sealed and delivered, the proper work can begin - to bring this thing home, FINALLY. It has been a long and sometimes bumpy road, and we aren't quite there yet, but sometime in the near future those who have shown an interest in playing Blood on the Sands will have that opportunity... 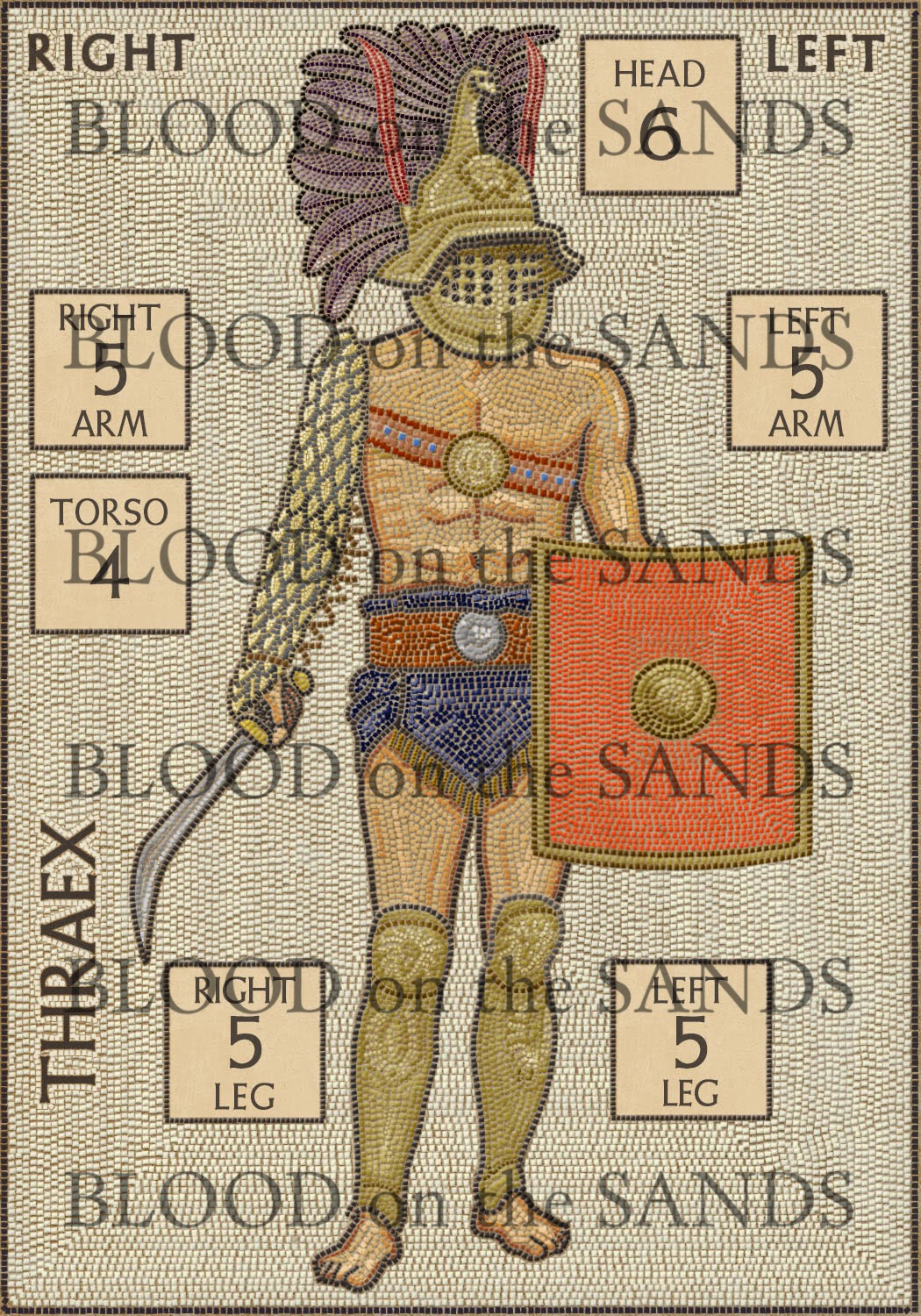