A selection of figures recently commissioned for the Indostan campaign. They are all characters, mostly British, who will either act as Big Men, scenario goals or just a bit of eye candy. The two British captains are actually Front Rank WSS British officers, but will serve well enough. They are a slightly larger build than their enemy though. All the better to intimidate them I suppose.
The Front Rank civilians are all great figures, I just wish there were more of them. I have found suitable civilian types the most difficult figures to procure, particularly ones representing the fairer sex. The Front Rank lady pictured below is a very nice figure. The poor woman will likely be the key to many "rescue the damsel" games. I better get her a parasol. (Click the images to enlarge) 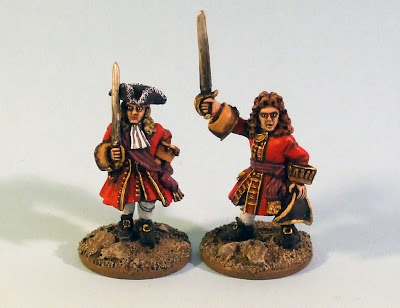 A couple of British East Indostan officers straight off the ship. They do look keen as mustard. (Front Rank) 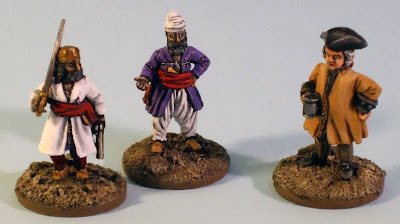 An Indostani merchant and his guard (both Foundry) discuss business with a European merchant. (Front Rank) 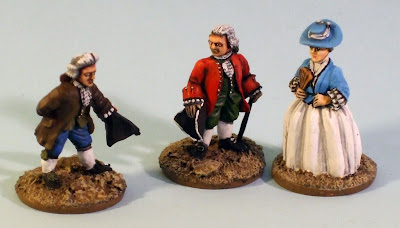 "Welcome to Indostan, milady. Tobias Snobswallow, at your service." (Front Rank)
Posted by Furt at 8:35 AM