In preparation for the Indostan campaign, we played our third Sharp Practice game on Sunday. Dave was going to write the report, but has been held up, so it's up to me (He's written it now, find it here). Carrying over the British Big Men from the last game, again the brave Captain Charles Chase and his 5th Company of Line took to the field. Having pursued the enemy right up to the fortress of Noghul in the last scenario, we find the British East Indostan Company intends to lay siege to the citadel. The Engineers pick a ridge line to construct their artillery park upon, but wouldn't you know it, the Indostani think it's a great spot too and still hold the ground. Bloody Engineers!
Major Beans is given the task of clearing the ridge and so, just before dawn his infantry moves out in a long skirmish line to assault the position. Captain Chase is eager to get his men in the thick of it and when the signal is given the 5th and a small contingent of Grenadiers, under Lieutenant "Willy" Uppem, race for the ridge, determined to make a mark. It appears the ridge is only lightly defended, but Chase can see guns up there. Never being one to flinch at a little shot, he orders the troops forward to victory or death. Huzzah! (Click the images to enlarge) 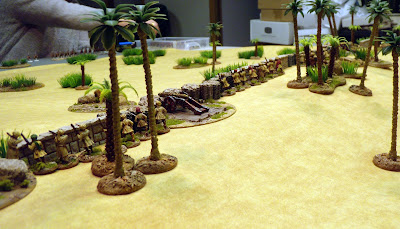 The defenses on the ridge. Are those guns manned? 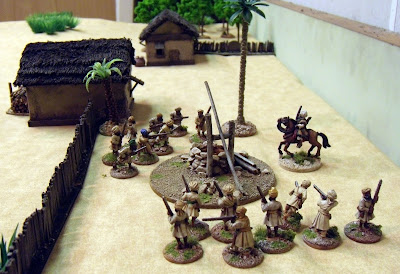 The nearby village and some layabouts. 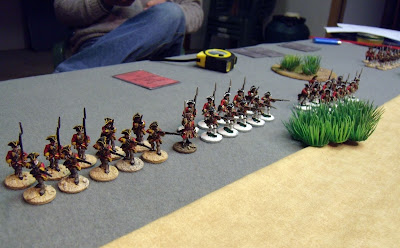 Chase's men begin their assault of the ridge. 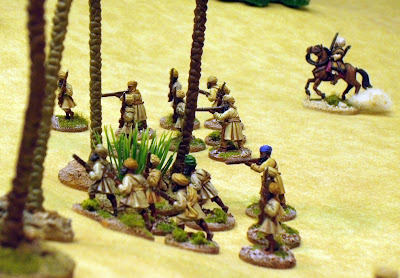 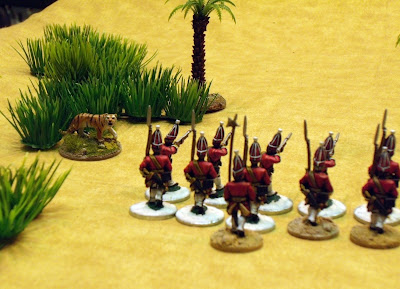 The Grenadiers balk as a tiger bars their path. 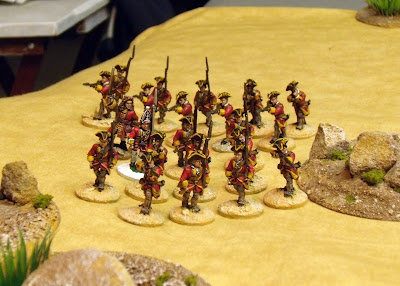 Captain Chase personally leads an assault up the right flank. 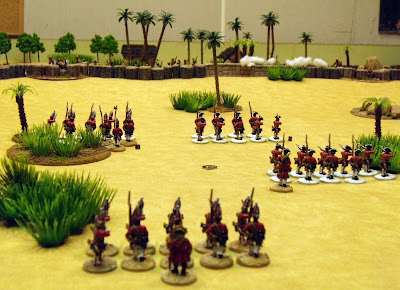 The long slog up the ridge. 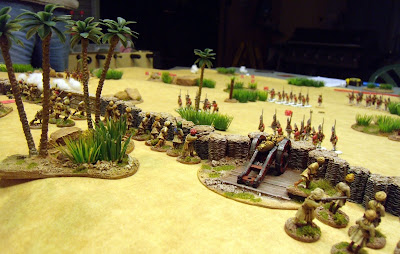 The Indostani fire a hail of lead down into the redcoats - but they just keep coming! 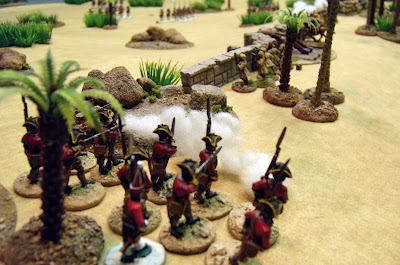 Finally Sergeant Nobbs breaks through the enemy line and fires into the defenders. 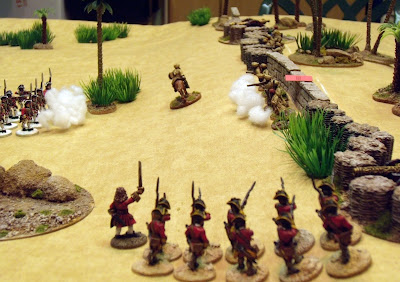 Chase calls out an enemy officer and sees him off. Well done Sir! 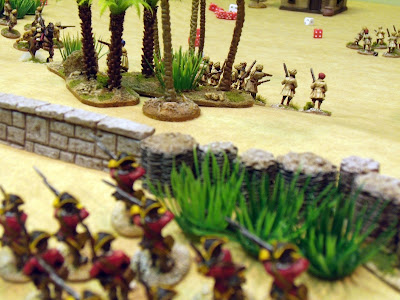 The Indostani break and run. The ridge is won! 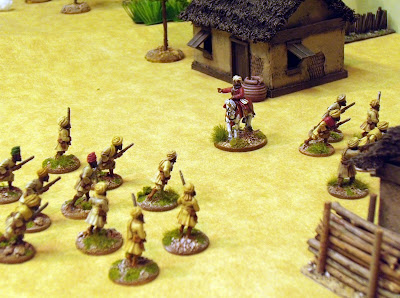 But wait - who is this? Ali Harshit arrives to see his men fleeing the table. You win this one Chase - but I will return!


A victory to the British and a few other firsts as well for this game, including the testing of the Tiger! random event (which I loved) and a duel (En Garde!). Dave and Adam have begun to learn the proper ways to use their Grasp the Nettle cards, and have realized their usefulness. Also noted was the importance of keeping the Biggest Men amongst the bulk of the men and not isolated on the flank where their command is wasted (woe for a horse).
In  the end Adam was pretty unlucky and rolled no extra reinforcements to help defend this part of the ridge. No crew showed up to man his cannons and so they failed to fire even a single shot, to Dave's joy. Ali Harshit arrived on the second last turn we played, but by then it was done and dusted. We shall see if he makes another appearance next game.
Posted by Furt at 9:41 PM